From about 1990 ’til 2004, Bloomington, Indiana was home to a store called Grant St. Named for its location, Grant St began as a hole in the wall nestled in a bohemian enclave next to Pygmalion’s Art Supplies and around the corner from the Runcible Spoon cafe.

Some of us who knew Grant St in its early days, when it occupied a couple of rooms in an old-house-turned-retail-space, consider those years the store’s golden age. Packed floor to ceiling with surprises–quirky lamps made from dead tea kettles, ’20s  couches refurbished in velvet or paisleys,  ’50s dinettes  before ’50s became the height of cool–the store had an intimacy of scale that made customers feel like part of the family.
Behind the counter you’d almost always find one of the owners, Sharon Fugate or Peggy Shepherd. Stylish and savvy, they grew their business steadily over the years, expanding first into a storage area at the rear of the store, then opening up a wall into the retail space next door. 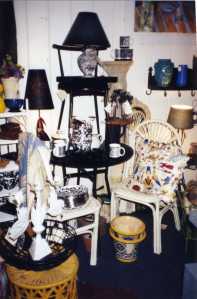 A furniture-filled corner of the original Grant St store. Yes, this may look like a chaotic pile of merchandise, but in reality every object was carefully arranged to heighten the shopper's sense of adventure. You had to be there.

In 1996 they relocated, becoming the  anchor business in a newly restored 1913 meat packing plant at the corner of Third and Rogers. With the move came other upgrades–a certain slickness and sophistication, a wider range of clothing. The store became a well loved destination. 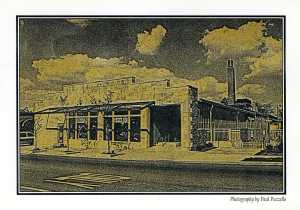 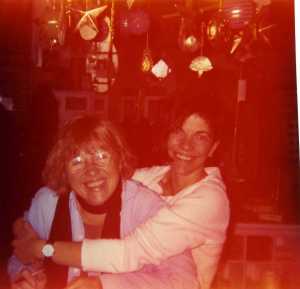 Peggy and Sharon at the store

Those of us who knew Sharon and Peggy beyond the sales counter–and there are lots of us, since many customers became friends–understood that the secrets to Grant St’s success were the proprietors’ sharp eye, entrepreneurial skills, and dogged work. Trips to shows in High Point, New York, and Chicago sound glamorous until you consider that they involved 14-hour drives, 20-hour days, and sharing a hotel bed to minimize expenses. Dressing in stylish clothes and serving a hip clientele in industrial-chic surroundings may seem enviable until you learn that closing the store at the end of the day opened up an evening’s work of balancing receipts, making follow-up calls to customers, and cleaning the bathroom.

After they closed Grant St in 2004, Sharon opened a new store, Relish. Peggy, ready for a change from retail work, explored some interests she’d had on hold and worked to finish the barn conversion on which she had already been working for a few years.  The cover of A Home of Her Own features a view of that barn’s completed interior. 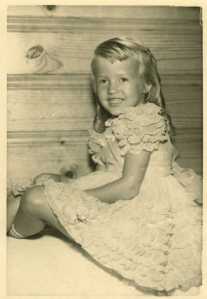 Peggy dressed up to watch the Miss America Show, circa 1959. Her mother recalls that after the show, Peggy asked her father if he would buy her a mink stole. 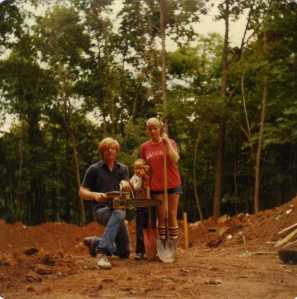 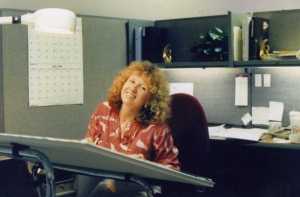 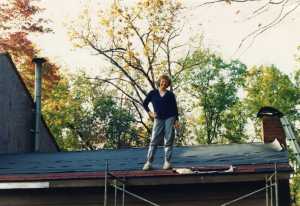 The Civil War-era house outside of Spencer, Indiana, the restoration of which is mentioned in A Home of Her Own: 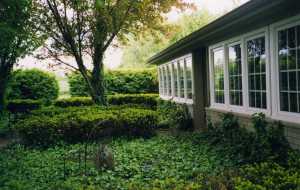 Watering flowers outside the kitchen, a more recent addition to the house 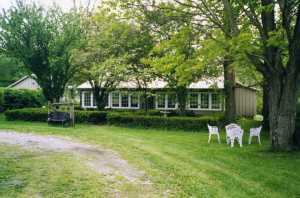 Front view across a small part of the lawn 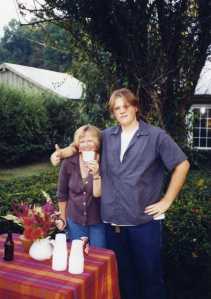 Peggy with her son Brian, circa 1998, at the party they threw before leaving the Civil War-era Spencer house and moving to Sixth Street 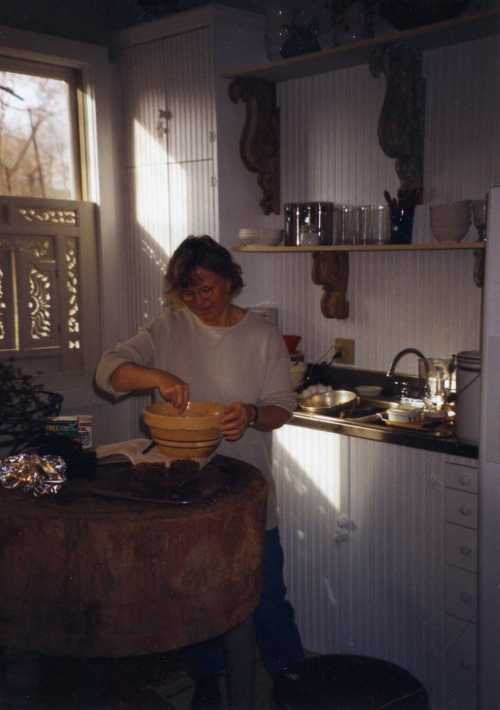 Never one to sit still, Peggy dreamed up an even more daring project once she’d restored her house on Sixth Street. 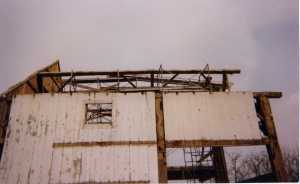 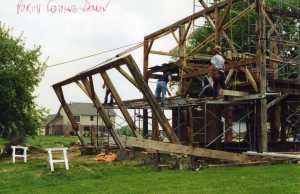 The barn during dismantling 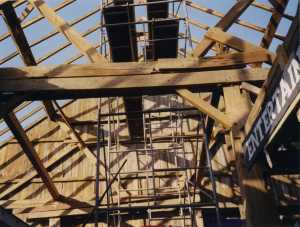 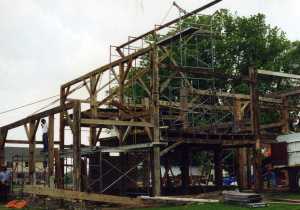 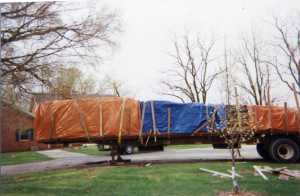 Packed on a truck, the barn timbers were driven to their new location 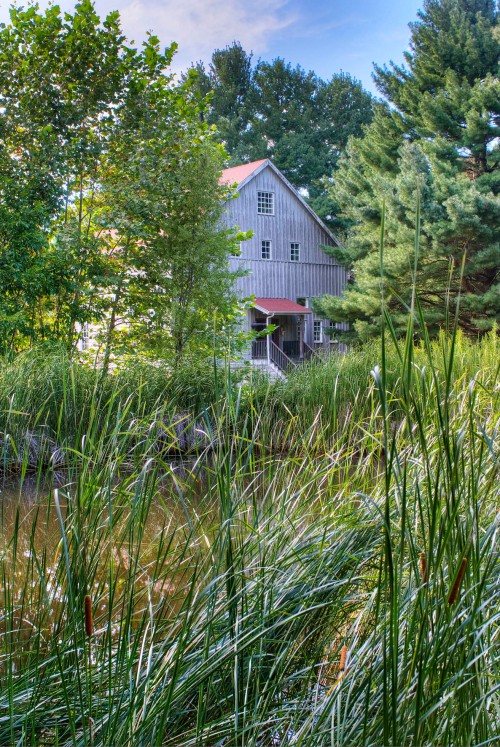 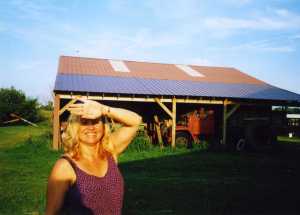 Meanwhile, life went on. Brian moved to New York, and Carie married, then had two sons. 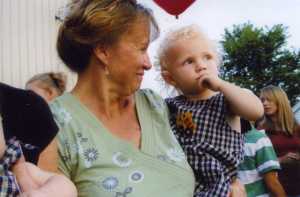 Peggy with her first grandson, Ross 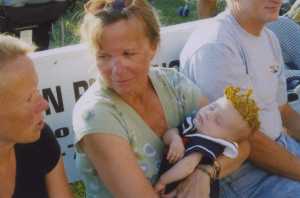 With her second grandson, Trey, wearing the pipe cleaner crown he won in the Cutest Baby Contest at the Monroe County Fair 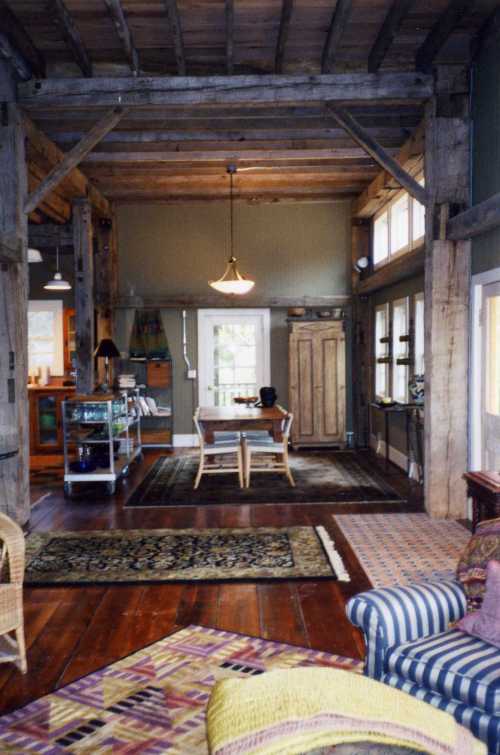 Inside the barn house, view toward the dining area 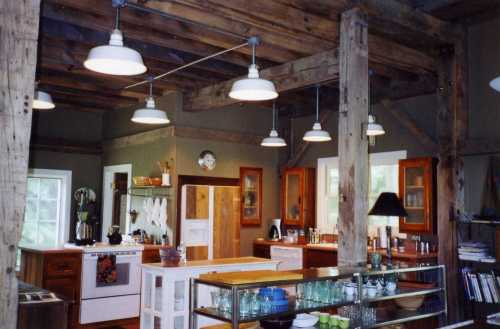 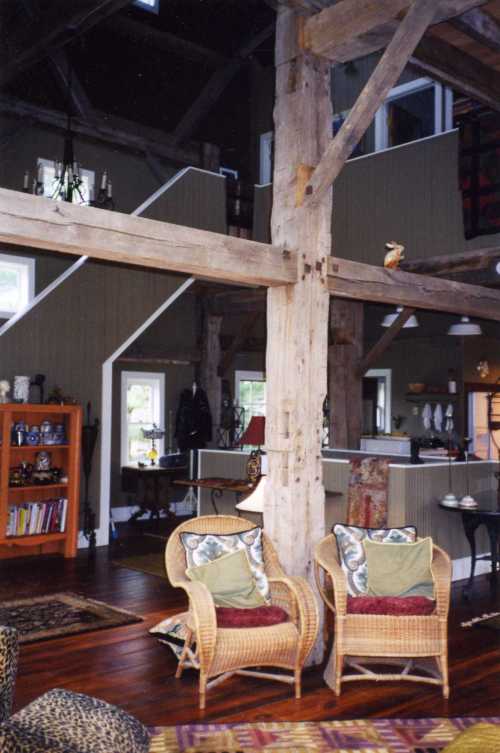 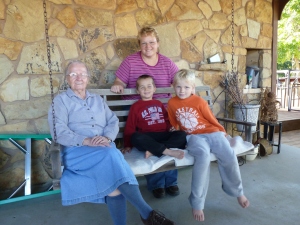 Betty Shepherd and Carie Bender with Trey and Ross, September 2011